…and the results are in! As many of the children predicted, the fizzy drink had an adverse effect on the egg-shell (our teeth in this investigation) with a large amount of discolouration and some flaking occurring. Coffee also caused a lot of discolouration. However, the affect of the vinegar was a surprise. It dissolved the egg shell completely, leaving only the membrane – resulting in a slimy, squishy, bouncy egg!

The milk left a thin white film on the egg shell but caused no damage and the egg in the water remained unchanged.

From these results we concluded that fizzy drinks and vinegar were the worst liquids for our teeth as they caused the most decay. 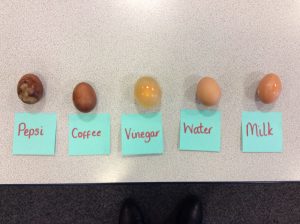 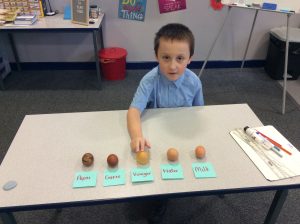 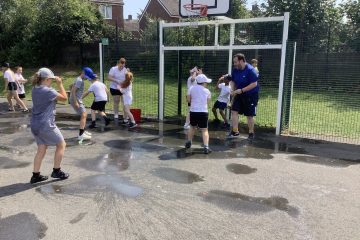 Cool for the summer

Class 9 and 10 took full advantage of the heat today by holding our own water balloon games. We all had lots of fun. And just to make sure everyone was equally cool, we went Read more… 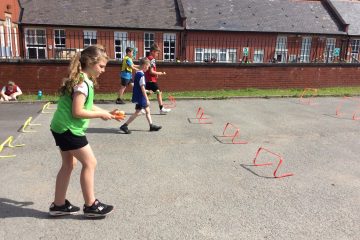 This morning, Class 9 joined the other KS2 classes for their sports day. The children were spilt into four teams and worked their way around a carousel of six events: Long jump Races Penalty shoot Read more… 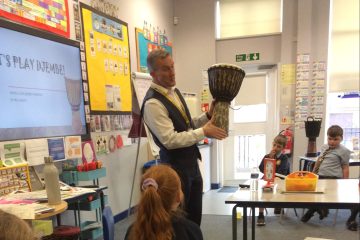 Class 9 had a different kind of music lesson on Tuesday as, unfortunately, Mr Dixon was ill and unable to attend. Instead, Mr Genty from Rochdale Music Service came and brought us some djembe drums Read more…